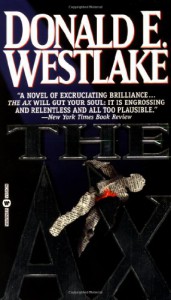 Burke Devore, line manager at a paper mill, gets laid off and is unemployed for two years. Then one day he gets the idea of a lifetime: start killing the people he's competing for job with...

Wow. This thing is a damn masterpiece. Westlake takes an ordinary Joe in a situation we can all relate to in these uncertain economic times, and sends him on a killing spree. What separates Burke Devore from other killers on the paperback racks is that he's almost just like us.

The way Westlake tells the story of Burke Devore makes him a sympathetic character. He's not a cold blooded killer, just a guy driven to desperate measures to feed his family and save his marriage. While he's doing reprehensible things, you still wind up rooting for him and hoping he doesn't get caught.

If you're looking for some suspense, look no further.
Tweet