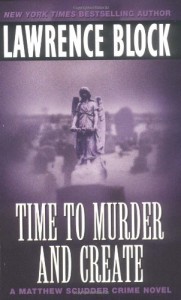 Wow. I knew I had something with Lawrence Block after I read the Grifter's Game a few years ago but I had no idea he was capable of something like this. Block really dished out the red herrings in this one. I picked out the killer out of the list of three suspects at the very beginning but Block kept tricking me into changing my mind. Crafty bastard. Scudder continues to develop as a character; he's opposed to murder but not opposed to picking a dead man's pockets. The victims were all well drawn, not cardboard cutouts. Scudder's friendship with Trina grew and his relationship with his estranged wife and kids continued on its course.