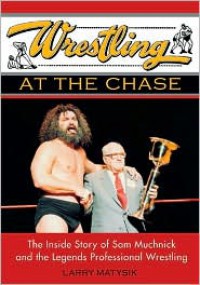 Larry Matysik takes us on a trip inside the inner workings of pro wrestling in St. Louis from the 50's until its demise in 1984, telling stories about such legendary pro wrestlers as Harley Race, Lou Thesz, and Dick Murdoch.