I've Fallen and There's a Tentacle in My Butt 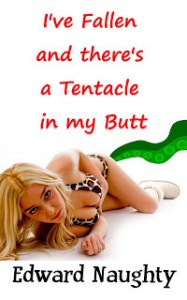 It's no wonder people use pseudonyms when they churn these things out. Imagine the conversations with co-workers would go.

"Hey, Bill, I heard you put out a story on the kindle. What's it about?"
"Well, there's some scientists experimenting on this tentacle creature..."
"Cool. Does it escape the lab and go on a rampage?"
"No, mostly it just fucks people."
"Oh. Look at the time! I think I have a meeting to go to..."